An enormous black hole sitting some 8,000 light years from Earth has such a powerful gravitational pull that as it moves it’s literally dragging nearby space along with it, according to new research.

Black hole V404 Cygni, an incredible nine times bigger than the sun, is drawing in material from a companion star. As the material streams toward the black hole, it forms a rotating disk around it about 10 million kilometers wide.

Researchers from the International Center for Radio Astronomy Research (ICRAR) found jets of fast-moving material shooting from this surrounding disk are “wobbling so fast that their change in direction can be seen in periods as short as minutes.”

A dancing jet from a #blackhole has been caught on (radio) camera rapidly changing over a matter of hours by ICRAR-@CurtinUni researchers. Published in @nature, this is the first time a black hole jet has been seen to change direction so fast! https://t.co/h4cKIlWH99 @UAlberta pic.twitter.com/ctEfchOPwh

“We were gobsmacked by what we saw in this system –  it was completely unexpected,” said Greg Sivakoff, an East Asian Observatory Fellow involved in the research.

This strange wobble phenomenon is, according to the team, evidence of one of the effects of Einstein’s general theory of relativity, which states that enormous objects like black holes can distort space and time, but the speed of it in this case is striking. 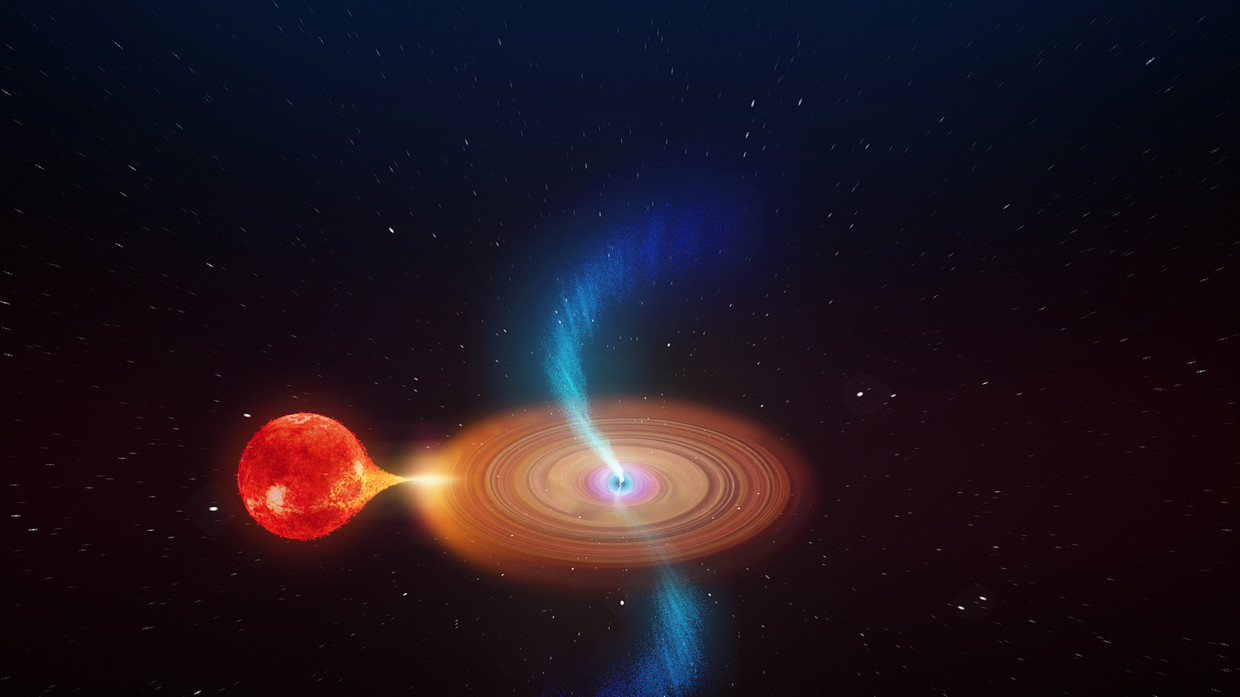 Artist’s impression of V404 Cygni. The binary star system consists of a normal star in orbit with a black hole. © ICRAR

The material is moving so fast, in fact, the astronomers said it’s zooming at a phenomenal 60 percent of the speed of light.

The black hole’s orbit is misaligned from that of its companion star, meaning that as the hole pulls on space and time nearby it warps the inner part of its surrounding disk. This distorted or warped portion is then in turn pulled around with the spinning black hole, which creates the wobbling effect observed by the researchers.

“You can think of it like the wobble of a spinning top as it slows down, only in this case, the wobble is caused by Einstein’s general theory of relativity,” Miller-Jones explained.